Possible Consequences of Brexit on the FinTech Industry 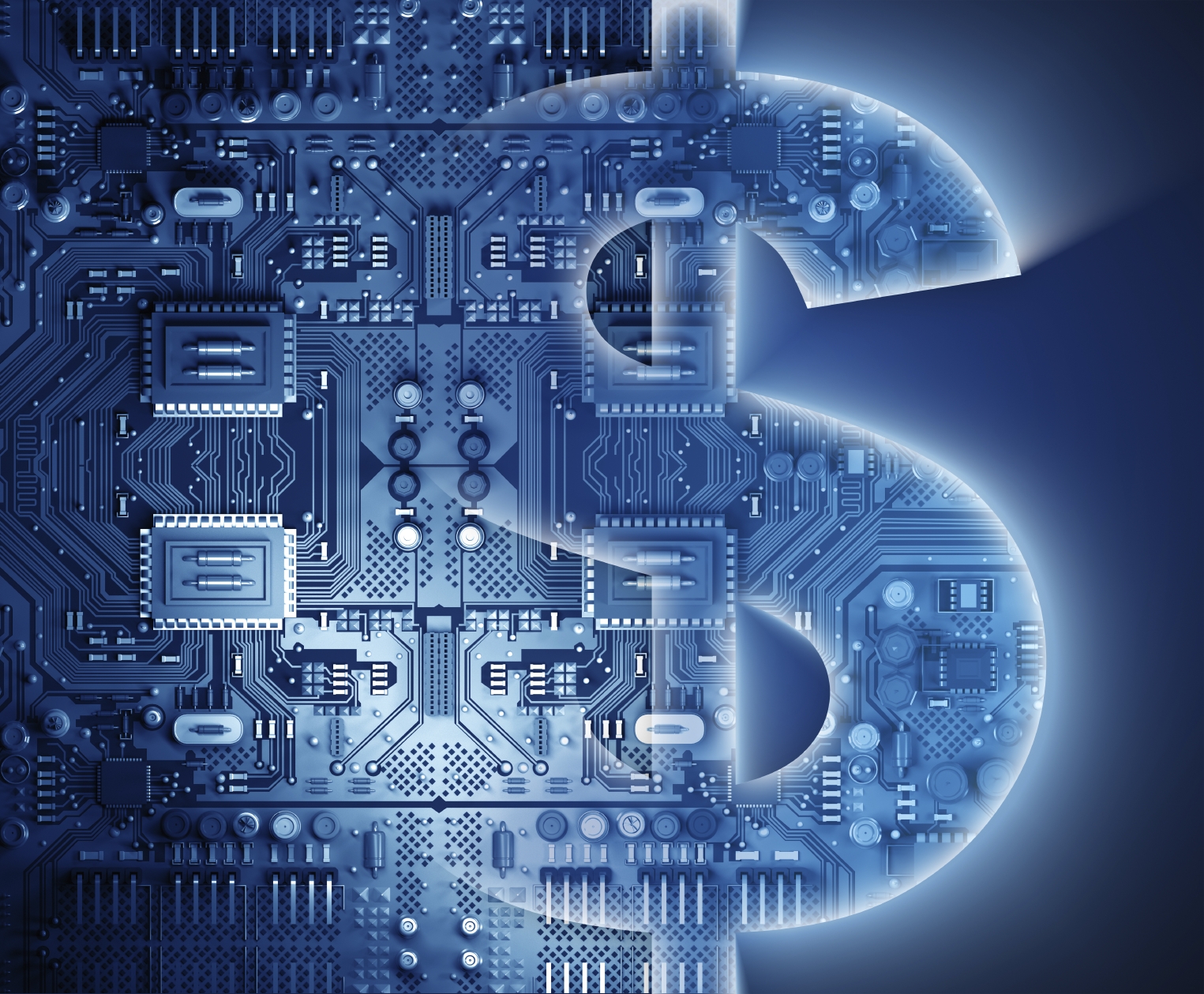 Theodosis is a lecturer of information management at CIIM, with extensive industrial and academic experience in the UK. His research interests lie in cybersecurity and data analysis.

Financial Technology (FinTech) is an economic ecosystem or industry consisting of companies, mainly startups, that employ technology in an innovative way in order to improve the way that financial services operate, e.g. payments and transfers, auditing, contracts, policy enforcement, investments, insurance, wealth management and many others. The members of this ecosystem employ technology in an innovative and disruptive way, challenging directly traditional corporations that do not take full advantage of the emerging digital technologies.

FinTech is considered as one of the most promising industries and it is proven that it has the potential to lead to direct innovation and even to new paradigms such as applications of Blockchain technology, appeared first in the Bitcoin infrastructure for storage and process of transactions, in order to automate processes in financial services and improve upon the speed of payments and enhance the transparency of transactions (via Bitcoin public ledger). Such technology could lower the cost of many financial activities to near zero and especially for big banks that currently face high operating costs and complexities.

The opportunity for FinTech startups is massive by considering how pervasive financial services are and thus they can play a catalytic role in the transformation from an old-fashioned era where tasks are handled with paper money, human interaction and bulky computers to an automated way based entirely on digital interfaces.  Financial services realized the added value and precisely for this reason they invested a lot in this sector.

Global investments in FinTech space increased more than twelvefold from $930M in 2008 to more that $12B in 2014 and it is projected to attract approximately $20B in funding by 2017, according to estimates of Statistica. A great example is the Bank of England that has invested in the development of a new digital currency – cryptocurrency, named RScoin, in order to investigate possibilities of adoption of a digital currency for faster payments and transparency issues regarding transactions.

The economic benefits from the FinTech industry are undoubtedly numerous. The catalytic impacts are the potentials to unleash a new era of innovation, creativity, competition, more efficiency, better customer experience, team-work and job creating opportunity. The improvements in current technologies provide us the ability to capture and process data in real-time leading to data insights and patterns that could be used in improving the decision making and business intelligence strategies of organizations.

Business benefit a lot from such technologies and especially small and medium sized enterprises (SMEs) that are crucial for economic growth. Additionally, such startups help governments to solve unemployment issues since they generate more job opportunities. Furthermore, not many resources are required in the initial stages and the only resources required are solid knowledge about technology tools, understanding the state-of-the-art in the technology space, software development skills, commitment and being in position to partner with people that share the same mentality and passion for creativity and innovation. At a later stage, there are many funding available plans provided by the EU that is investing a lot in technology and innovation.

At the moment, London is the highest funded city in the EU for the last 10 years and its mission was to develop this ecosystem for the benefits of EU and the world in general. It was invested about $1.5B in EU in this space, with London-based companies receiving approximately $540M. As a result of this investment, we had the rise of numerous startups in London that improved many domains, especially in payments and investment management, such as TransferWise and Nutmeg. In particular for UK, investment in British startups (including internal investments also) has soared almost 14-fold (c.f Figure 1) according to Accenture Plc. That proves that society and business have realized the added value from FinTech.

FinTech growth in the UK

London is considered as the Europe’s startup capital, like Silicon Valley for US, and many Europeans have moved to London in order to pursuit their entrepreneurial dream and join the FinTech ecosystem. As a result of this, London has attracted the best talents of Europe and it has a great pool of highly skilled people from different countries, working to boost up its economy.

However, the benefits are not only for the economy but also for the society and world in general, as in this way team working and multi-culture on which European Union was built on, lead to the promotion of peace and prosperity.

On the 24th of June 2016, on the referendum regarding “Should the UK remain a member of the European Union or leave the European Union”, the majority has voted for opting out. Undoubtedly, this opt-out might have negative consequences on the FinTech ecosystem from many perspectives and many prominent CEOs and entrepreneurs expressed their deep disappointment.

Just hours ahead of Brexit, entrepreneurs activated in FinTech stated that Britain just threw away the advantages it has built in the new industry by leaving the EU. Moreover, Daniel Dodelrlein, cofounder of AUKA, sated that a Brexit would be like shooting oneself in the foot for the FinTech ecosystem.  Brett Meyers, CEO of CurrencyFair, considering also long-term geopolitical consequences, stated “It’s the kind of thing we might look back on in 10 years when Europe or the world is at war, and we wonder where it all went wrong … in one of those signs of the world pulling apart rather than coming together that triggers other more negative events”.

Taavet Hinrikus, CEO and co-founder of TransferWise, stated, “Today, London is the global FinTech capital – that’s at risk” and many executives in the space stated that a Brexit means firms might have to leave London and shift their operations in another EU country, more possibly in Frankfurt, Berlin, Dublin or Malta.  For Cyprus, it seems a good opportunity to start thinking in investing in this space since the development of such ecosystem will attract funds that can lead to the improvement of our economy and contributing in solving our big issue of unemployment. Cyprus seems a really good place for developing such an ecosystem mainly due to its security, being a member of EU, political stability and high educational level.

According to the research firm William Garrity Associates, this divorce might be catastrophic for the FinTech industry, resulting in a loss of $5B in investment over the next five years. It seems that the promising story of London as a startup hub for EU might end unhappily. This uncertainty and complexity of the market might kill many startups mainly because of their limited resources to survive. The trade and regulatory benefits that have made London a hub for financial services would be threaten after the exit from the EU.

The idea of a Union is a direct benefit for startups since they can save financial resources and time by getting licensed in one EU nation and exporting their products across the Union in a relatively easier way – “passporting” rules.

An exit from EU might also affect the talent pool of London, making it harder and more expensive to attract since there might not be free movement of people in EU, which will be a massive issue for business. Currently, FinTech industry employs 61,000 people, 5% of the total financial services workforce and a very high percentage consists of Europeans not born in UK. At the moment UK is larger than rival tech-hubs in New York, as well as Singapore, Hong Kong and Australia combined. Thus, London will not benefit anymore in attracting talent if free movement within EU is not permitted in the future.

On the other side, supporters of Brexit, state that an exit from EU, will help the development and employment of more tech-friendly regulations tailored made on UK, avoiding European bureaucracy. However, this is just one factor – that even if it is true- there are many more arguments on the negative direction that indicate negative consequences on the industry – mainly the problem of talent pool.

Lastly but not least, the idea of EU is a union of countries that work collaboratively in promoting peace and setting up common frameworks for prosperity and development. Such opt-outs might lead to other geopolitical consequences in the future and might affect the world order and stability.