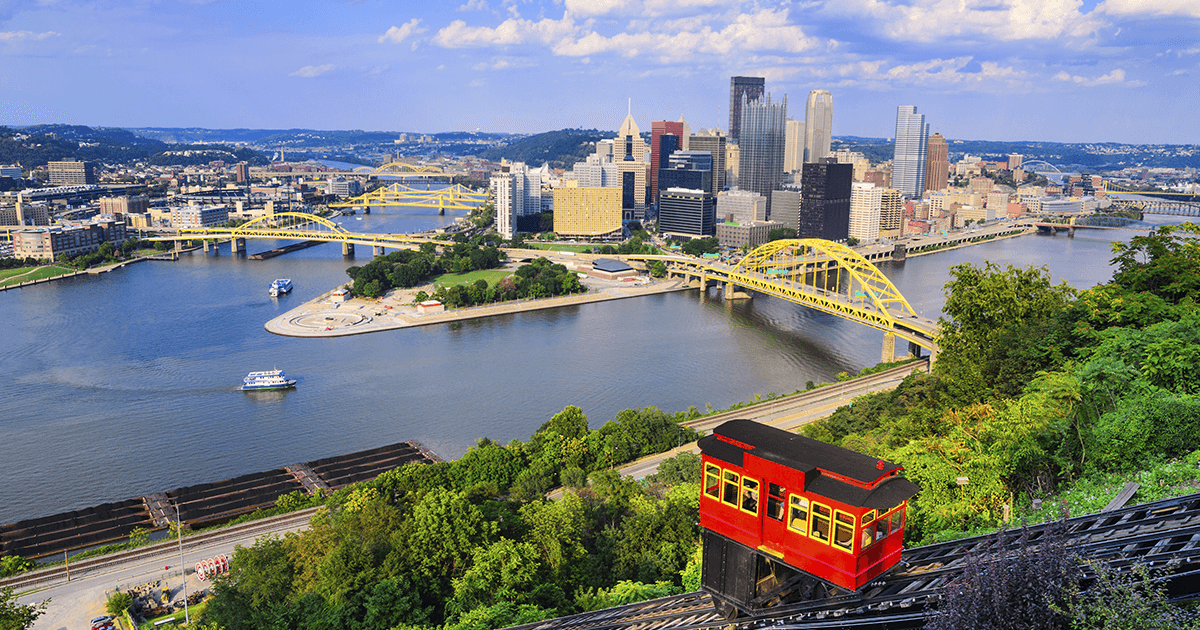 Visiting the city of Pittsburgh

Recently, I had the opportunity to become a YTILI (Young Transatlantic Leader’s Initiative)  fellow. YTILI is a program run by the German Marshall Fund and the State Department and cultivates relationships between Europe and the U.S.

As part of my placement I stayed for 2 weeks in Pittsburgh, Pensylvania, where I worked with the Pittsburgh Technology Council and also had the opportunity to meet people from Carnegie Mellon University and other startups in Pittsburgh’s ecosystem.

Before going there, Pittsburgh was certainly not on my map. Even though I have read many papers from Carnegie Mellon University, I didn’t even know it was located in Pittsburgh! When most people think of startup ecosystems in the States, they will think of the Silicon Valley, and maybe New York. Obviously, there are ecosystems in other big american cities (Austin, Boston, Seattle are just some examples), but for the vast majority of Europeans it is basically just San Fransisco that gets the most attention.

However, once I spent some time in the city I was fascinated by its recent history. Pittsburgh used to be a steel town. The economy was mainly based on the steel factories and most people were working there enjoying good salaries and benefits and a job for life. However, Pittsburgh’s economy declined dramatically during the 80s, once steel could be manufactured cheaper elsewhere. This lead to the closure of factories, high unemployment rates and population loss. Thus, Pittsburgh became part of the rust belt, like Detroit and other manufacturing cities.

A new economic model through technology

It was clear that Pittsburgh required a new economic model. The new model was based in two things: life sciences and technology. Pittsburgh had a very good background in medicine and medical sciences. The University of Pittsburgh Medical Centre was the first hospital in the world to pioneer organ transplants. Pittsburgh also traditionally had a footing in technology because of Carnegie Mellon University. The Pittsburgh Technology Council was established around the same time (in 1982) in order to promote startups and innovation in the area.

By 2009, when the G-20 visited Pittsburgh, the region was in the early stages of a global reemergence. Companies like Google and Apple were already established in Pittsburgh, but soon afterwards, the region saw Uber’s Advanced Technology Center bring 500 positions to Pittsburgh to explore self driving cars, Google expanded to include more than 800 regional employees and Amazon opened an artificial intelligence-focused R&D operation.

Something exciting about this story is not just Pittsburgh’s current state of affairs, but also what other cities can learn from this process. Pittsburgh went from a decaying economy to a thriving city in 20 years. Some of the things that helped this process were:

My Pittsburgh experience was definitely very interesting and rewarding. The city is growing in everything: numbers, investment, startups, reputation. So, I would encourage everyone in the tech world to keep it in their radar. Maybe the next big thing will come out of the former city of steel.

Note: For anyone interested to hear more about Pittsburgh’s story, this video by the Pittsburgh Technology Council provides a very nice summary.