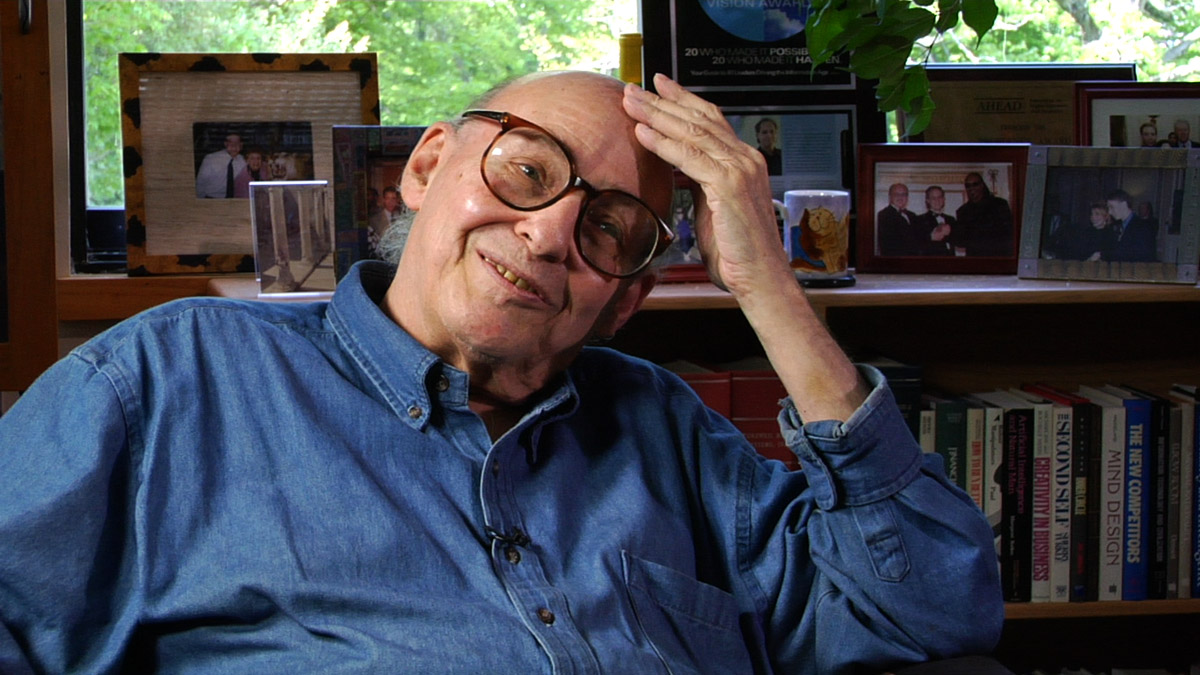 Marvin minsky: one of the fathers of artificial intelligence

Marvin Minsky (who passed away in 2016) was one of the founding fathers of Artificial Intelligence. Some of his achievements include a Turing Prize (awarded in 1969) include major contributions to AI, cognitive science, mathematics and robotics.

Marvin Minsky: One of the pioneers of artificial intelligence

Technology review posted a short interview of him in 2015 reflecting on AI research . What I find particularly interesting is when he said that they were used to major breakthroughs every week. Breakthroughs now take a few years. Sometimes we tend to lose ourselves in the enthusiasm of our machine learning’s successes, and forget that we are far from the true vision of creating general artificial intelligence.

Something else that is particularly interesting is how, sometimes, ideas in science run in circles. The start from underground, get mainstream, become overhyped, die off, and then get reborn. I have written, for example, how genetic algorithms are a prime example of this trend.

Marvin Minsky was one of those pioneers who could see beyond his time, but even him had been blinded by the short-term success. he had famously said that “Within a generation … the problem of creating ‘artificial intelligence’ will substantially be solved“. Minsky was not the only one blinded by optimism.  Herbert Simon predicted, in 1957 that computers would beat humans at chess within 10 years. It took 40 before we managed to achieve that.

It is well known that the over-optimism of the AI community lead to the AI winters. The community overpromised, but underdelivered, making it very difficult to find funding in either academia or the industry. Interestingly enough something similar happened with neural networks in the 90s. Geoff Hinton, one of the pioneers of deep neural networks, came up with the term deep learning, because neural networks fell out of fashion, and became impossible to publish in academic journals.

A unique perspective on artificial intelligence

Irrespective of that, it is important to remember Marvin Minsky’s intellectual legacy not only in terms of his achievements (which include the creation of CSAIL and MIT’s Media Lab), but also for his unique perspective. In his book Society of Mind, Marvin Minsky presented a view of natural intelligence which provided an integrated vision of cognitive science, merging together AI, language and cognitive functions. It is this perspective which can get us beyond the short term success of machine learning and into general artificial intelligence.

Marvin Minsky was a true believer in AI, believing in a future in which machines might truly be capable of thought. He believed that AI might eventually offer a way to solve some of humanity’s biggest problems. We are luck to live in times where this vision might actually be achieved. When we see machines that can beat humans in complicated games such as Go, then we know that we are much closer to achieving that goal than ever.

I agree with most of what you said. I obtained a foothold of AI by reading something about Minsky’s work and then surprisingly, reading “What computers still can’t do” by Minsky’s nemesis, Herbert Dreyfus, who died in 2017. We have to remember that Minsky started with just about NOTHING – he was a true pioneer! His cheerful optimism was absolutely necessary because he had no idea how complicated AI is. Who could know? He pushed the envelope by attempting to describe the overall concepts without knowing most of the bits that go into creating workable AI. I think his main contribution was to get the ball rolling.